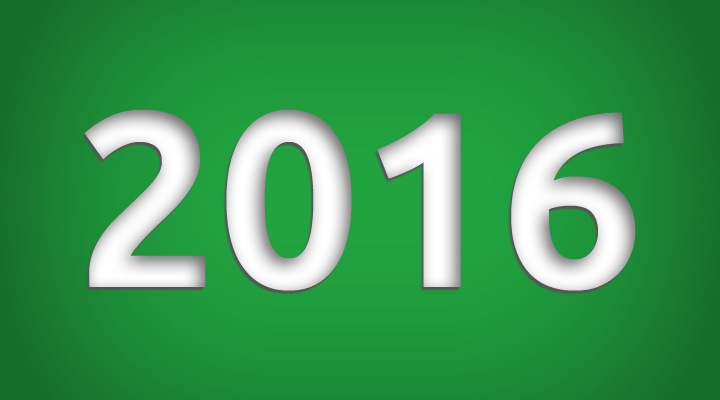 2016 has been a great year for affiliate marketing.

This is SUCH a fast-moving industry. Networks, people, traffic sources, software and such come and go each year. 2016 was no exception.

Being the owner of the fastest growing affiliate community online, I certainly get to talk with and admire many of the movements and companies that are forever changing in affiliate marketing industry.

So this year, I decided to give a little recognition to the companies and individuals that I personally have been thoroughly impressed with in the form of this wrap-up. Now, please note how I said “I personally”. Of course, I’m only human and I may have missed several entities off my list, so if you feel I’ve missed someone or something important please feel free to comment below.

In a nutshell, the following are those that, to me, have really shaken up the affiliate industry in 2016!

In no particular order:

For me, my good friend Attila has been the most standout affiliate marketing influencer of the year. His controversial approach to the industry has been super refreshing. A guy who doesn’t hesitate to say what everyone is thinking and isn’t scared to stir up some controversy.

His blog has always been very consistent with great content….FOR FREE.

His 2016 highlights will be remembered for his war on the fake gurus, one of the best interviews of the year with Rob Gryn, and for keeping everyone up-to-date with the hottest affiliate marketing content online.

I’m happy I finally got to meet and share a drink with him in Berlin this year.

This was a group founded by another good friend and old mentor of mine – Tim Burd. I personally helped Tim start this group but in no way take any credit for what he’s created. Simply put, if you drive Facebook traffic, you MUST be a member of this group.

Tim has shaped his group into one of the most informational and welcoming groups in the affiliate space and has even taken the group offline this past year with several meet-ups, masterminds and parties.

We have over 470 affiliate networks officially represented on AffiliateFix, so forgive me for saying that rarely does one stand out against the others. However, this year has been AdCombo’s year, so much so that they just scooped up the three network awards in our 2016 annual awards including The Best Affiliate Network of the year.

It’s very impressive to see how far this still very new network has come this year and how they have cleverly established themselves amongst the affiliate community as a must-use affiliate network and, most importantly, one you can trust. They’re certainly investing large into their audience, sponsoring all the top sites, parties, events, and even giving away some amazing prizes like a brand new Ferrari in their latest competition.

It’s awesome to see a network finally breaking the mold and putting itself out there after a period where more networks were closing their doors.

DAMN I’m jealous of this guy!

What a year it’s been for the young entrepreneur. He’s not only established two amazing companies within the affiliate industry but he’s pretty much won 2016! If 2016 was a computer game, Rob would have completed it!

There are way too many highlights for me to share. Just take a look at his Facebook page. Although some key highlights from 2016 were him advertising his start-up Codewise on the biggest billboard in Europe, spending over $300,000 on his companies stand at dmexco, building a bespoke new office for his staff in Poland, and most recently being named the 3rd fastest growing company in EMEA.

He makes me even more excited about launching our first start-up in 2017.

I’ll be completely honest. Brent Dunn is possibly the person on my list that I know almost nothing about; however, he still had a huge impact in 2016.

Mr PPCMode and Matuloo (also on the list) are certainly two of the best newcomer bloggers in the affiliate space. As I said, I’ve never spoken with Brent. I don’t even know if he’s a member on AffiliateFix, but when I first stumbled across his blog, I was more than impressed.

He was giving away free actionable methods and guides….can you believe it? Just when I thought the days of the good old-fashioned affiliate blogger were numbered, this guy has come in and rescued my premonition. His blog is full of great content and I hope to connect with him in 2017 to feature on AffiliateFix.

Without a doubt, the standout software of 2016!

Read the next sentence carefully, as it may play with your mind….

AdPlexity is still the newcomer in the intelligence space, having to piggyback off of companies like MobileAdScout, AdXposed and whatrunswhere. However, it’s literally taken its market share for all it’s worth and more. Never have I seen a piece of software sell so well and be so popular. It’s by far the best intelligence tool on the market and has helped lots of affiliates earn a LOT of money in 2016.

Starting as a mobile only tool, they’ve worked hard all year to add adult, native and most recently desktop. We love these guys, as you can read in my review here!

I’ve been to my fair share of affiliate conferences, but I must say that Affiliate World Europe in Berlin in 2016 was the best event I’ve ever been to.

I can only begin to imagine how much work and organisation it must take to plan an event on the scale of AWC. Over 2000 affiliates and hundreds of companies travelled to Berlin, and I was told that their event in Bangkok earlier this month was even bigger and busier.

I think the STM guys are some of the smartest guys in the industry by far, and they saw a gap in the market for an awesome affiliate event in Asia and Europe. I’m super excited to see what they do next year, although I’m hoping to give them a run for their money in London 2017!

The one course that continued to deliver nothing but results for newcomers to the affiliate world in 2016.

Founded and created by my close friend William Souza, this course is responsible for so many people’s first profitable year in affiliate marketing in 2016. I admire how William and his team have put together such a compelling and informative course that helps guide newbie affiliates through the stages of affiliate marketing and gives them a realistic approach to making their first earnings online.

Although the course has been closed to the public, we still have a special offer to join via AffiliateFix, and not a week goes by where I don’t get emails from our members thanking us for teaming up with William to offer them such a great course.

The second software to appear on the list and for very good reason!

AdsBridge is an affiliate marketing tracking solution that came to the forefront of the industry in 2016. Like AdPlexity, they have several large competitors, but that didn’t stop them from grabbing their piece of the market share.

They managed to cleverly focus their software around being as easy-to-use and affordable for newcomers in the affiliate world. Again pulling it back to AffiliateFix, their support on the forums has been incredible and each day they help new affiliates get their first campaigns set up and tracked correctly using their software. No question is too simple or silly for them.

For sure, Mike and Iwert have had one hell of a year with Advidi. I remember very early in 2016 Ivo, one of their partners, contacted me regarding a new affiliate network they were working on called Advidi.

I don’t think even those guys could foresee the year they were about to have. They have managed to establish themselves as one of the biggest players and networks in the entire affiliate space in a single year. That to me is super impressive.

I love following journeys like Mike’s, and it gives me a huge source of motivation and inspiration when I see how he’s built a huge team (all of which look like models by the way!). Although I don’t really talk with the guys from Advidi and they’ve only recently become active in our community, you can’t help but be impressed with what’s going on there.

Matej is another guy on this list that, like Brent, I really don’t know much about. All I will say is that – ever since Attila introduced me to his blog – I’ve been following his success and great content.

On a par with PPCMode, Matuloo’s blog has been one of the standout affiliate marketing blogs of 2016, and I feel these guys are vastly replacing the old school bloggers who seem to have dropped off the pace in 2016. His blog is packed with lots of great, free content that’s really informative and relatable.

A family man and STM moderator, as I said with Brent, I really hope to connect with him next year and have him feature on AffiliateFix.

Okay, so I’m biased, but of course I have to mention my baby.

Just looking back at the stats and a snapshot of our community a year ago today, we’ve since grown a huge 38,000+ members and 283,407+ posts. That’s all within the past year, not to mention the extra 658 official companies we have listed on our resources.

I truly feel that we’ve now established ourselves as the number one free affiliate community online.

We’ve had a great year and I’m super excited for some of the amazing stuff we already have lined up for you next year.

Once again, this is my personal list of 2016 affiliate marketing winners, so if you have any you’d like to add, mention them below in the comments!