Don’t Be An Affiliate! 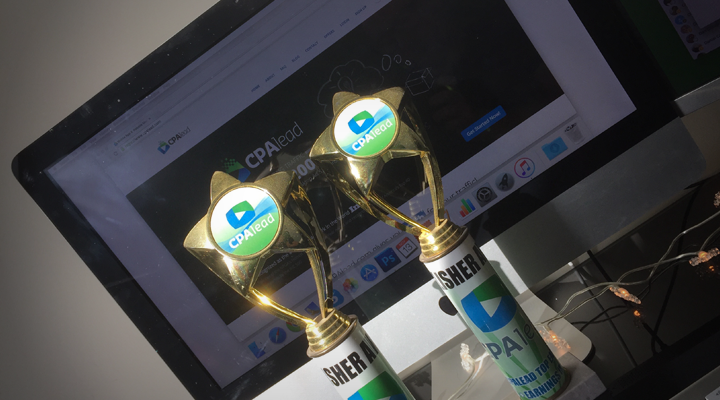 I’ve been involved in affiliate marketing for almost 10 years now, starting my very first campaigns back in early 2008.

I started out as a normal affiliate like most of you reading this. I focused mainly on the incentive side of things – pushing CPA gateways and viral scripts – before getting into proper paid traffic and campaigns a couple years later.

I was never your “super affiliate”, but I did earn a decent living being an affiliate and one that was enough to leave my full-time chef job.

The mistake I LUCKILY didn’t make but so many other young affiliates do is, I didn’t spend all my profits on nice things. Instead I got an entrepreneurial bug and invested my earnings into a path I took to lead me where I am today.

In all honesty, if I hadn’t invested my money in creating websites and online companies, I may still be working every hour under the sun for pittance in a hot kitchen as a chef. Now I’m not saying everything I invested in worked or I didn’t lose money, but what I did was lose money to earn knowledge and learn from my mistakes which is MORE valuable than making money off the bat.

Fast-forward to date and now affiliate marketing is responsible for about 30% of my monthly earnings. The other 70% is made up of the several businesses I currently run or am involved in.

The point of this post is not to say “hey look at me and what I’ve done” but more to advise and showcase that there’s a LOT more to life than being an affiliate, and if you want to truly get on the path to success, you need to expand your horizons.

Yes, absolutely there are people out there who fall into the “super affiliate” bracket who CAN depend 100% on affiliate income (a lot of them are my personal friends). However, far too often, I see people hit their first profitable campaign, scale it, and bank, then spend the money never to be seen again.

The main reason is, the affiliate space is ever changing, very competitive, and very unforgiving. We’ve seen so many stories on AffiliateFix of users hitting a profitable spell then complaining to the forum members when the campaign tanks and they’ve spent all their money.

If you want to create a better life for yourself, think outside affiliate marketing and think long term whilst you have the chance to use some money.

Here are a few examples of people who started as full-time affiliates who now have created a brand and business that’s secure:

Charles started as your everyday affiliate in 2008. After working his way through various different traffic sources and vertices, he managed to become a successful affiliate. However, the day Charles launched his blog was the day it all changed for him. He’s been able to establish himself, thanks to his blog, as one of the most exciting affiliates on the planet. This has also enabled him to launch his affiliate coaching “AFFcelerator“, which sees him travel around the world hosting affiliate training events. Yes, Charles still runs an affiliate marketing company, but he is also able to charge $10,000 per ticket sold to his live coaching, which I know has been a huge success.

Again similar to Charles, Jay started out as your everyday affiliate. Focusing on media buying, Jay was able to become one of the top affiliates in the adult and media buying space. Did he stop there? No, Jay went on to invest his money in creating multiple companies and publications including his own affiliate network SMASH Revenue and his own adult media buying forum, and he is now product owner and advertiser. We’re working with Jay over at the Landing Page Guys right now and he’s a great testament to this post.

My good friend Ian started affiliate marketing years ago. He was your average affiliate marketer struggling to make money online until he figured out how things were done. Did he blow all his money? No! (Well some, he’s always buying the bottles when we party, but the point is he didn’t.) He went on to create his own blog and then focused on investing in his own SaaS company, which he later sold for a hefty figure. Ian doesn’t stop there though; he’s also an advertiser in the affiliate space, he consults for many companies, and he has invested in various other start-ups.

Tyler is the latest affiliate to branch out of the space. Having started affiliate marketing over 10 years ago, he decided to launch his blog whereby he shares how he makes or loses money online. However, Tyler didn’t stop there. As you can see in the post on his blog, he is now putting his time and money into building an exciting new start-up: project V. He also blogs about how he has invested in his first real estate project and plans to add more to his portfolio. Do you think if Tyler had just stuck to affiliate marketing and kept quiet we’d still be talking about him today? Maybe, but you get my point!

About 1-2 years ago, I met my good friend Taiwo, aka cashmoneyaffiliate, on our forums on AffiliateFix. Tai was just getting a rep in the mobile space and posting up some nice numbers on the forum. However – at the time – his blog, coaching, and tools didn’t exist yet. I still remember telling Tai he needed to start a blog to maximise his buzz, and fast-forward some time, cashmoneyaffiliate is killing the mobile scene. Yes, Tai still runs daily campaigns, but he’s been able to leverage and make a lot of money from his other ventures. Are you seeing a trend yet?

Possibly the person on the list I’m most envious of right now as I simply love his company, Robert is the co-founder and CEO of Codewise. Did you know Robert started as an affiliate? Back in 2005, Robert was just like some you reading this article now, trying to get profitable campaigns on paid to surf sites. He then got into CPA in 2009 and worked for several domain and traffic companies including Elephant Traffic. Robert was clever enough to invest his earnings into what we now know as Codewise, the company behind Zeropark and Voluum. I’d love to know what Codewise is valued at today, but Robert is the perfect example of “why you shouldn’t just be an affiliate”.

Then of course there’s little old me, and as this is MY blog, I will write my story in brief for those of you who’d like to know it. I started affiliate marketing in 2008 but, after going full-time online several years ago, now run a successful forum/community company Fix Forums, have my own design and development company Landing Page Guys, and was invited to be managing director of the most exciting online automotive start-up ever – Lovecars.

If I’d spent those first few thousand sent to me several years ago by CPALead on the latest gadgets and continued to be an affiliate, I don’t think I’d be writing this blog post today.

Yes, affiliate marketing income is AMAZING, but think long term and don’t JUST be an affiliate!