How to Get FREE Gifts and Higher Payouts as an Affiliate 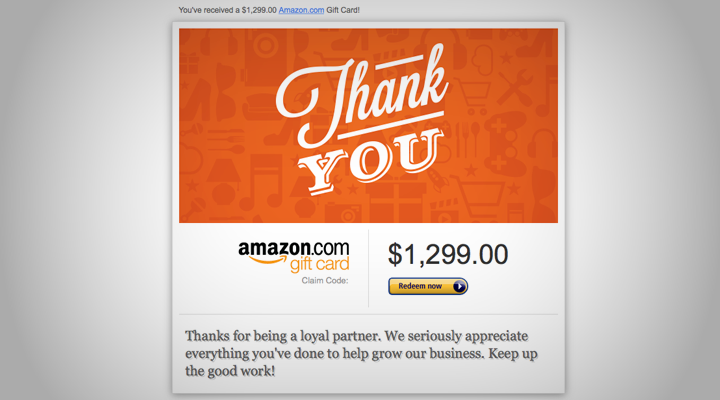 It’s no surprise that when you’re an affiliate marketer – unless you own the product or are a merchant yourself – you’re ultimately making money for someone else.

If you’re not familiar with how affiliate marketing works, you can read the Newbie411 book I wrote, outlining the basics and components behind the popular marketing model.

So nine times out of ten, you will promote an offer, product, course, or whatever it may be and in return will receive a payout per conversion or lead. The problem with most affiliates is they usually think it stops at that. One payout for one conversion. I’m about to show you how you can get a WHOLE lot more out of promoting affiliate offers and such.

First and foremost before we delve into that, let me briefly outline that you MUST be capable of promoting and making money via affiliate offers to be in a position to do the below. Also, the network or advertiser you work with may sometimes say no, but that’s not a bad thing.

Let’s start with the more obvious method of getting more back out of promoting offers from affiliate networks. You see – as you can read in my Wiki where I wrote about affiliate marketing – the network kind of acts as a middleman between you and the merchant or advertiser. Therefore, it’s common knowledge that the network gets to take a cut of the profits.

Let’s say you’re promoting a lead generation offer and you’re network is paying you $30 per lead. The chances are the network is being paid $50+ for that lead by the advertiser. Now of course they have to make money, but nine times out of ten, they are always reserving a few extra $’s that you should be asking for and in most cases are entitled to.

This is what we call or what is known in the industry as a “payment bump”. When you’ve proven to your affiliate manager or network that you can make them money and have conversions coming in via a particular offer, it’s your duty and right as an affiliate to reach out to them and ask them for a “Bump”. Take a look at what your affiliate manager can do for you here.

All you’re pretty much asking for is a higher payout per conversion on the offer.

Like I said, nine times out of ten, the network will have room in their margin/cut to give you a little extra. Even if it’s just an extra $1 per conversion, if you’re doing 1000 conversions a day, that’s an added $1000/per day you wouldn’t have gotten if you hadn’t read this blog post and asked.

You need to time your request in the correct manner if you’re relatively new or unknown to the network, but there’s nothing stopping you from asking for a bump even before you’ve promoted the offer if you’ve made money with them previously.

All networks bump payments for good affiliates. They just don’t openly advertise it because it costs them a little slice of their profits.

However, it doesn’t stop here. You can also get much, much more….

At the end of the day, affiliate and internet marketing is a “job”, just like any profession on earth. It doesn’t matter who you work with or if you work for multiple merchants, networks, etc. You’re still making them money and it should still be classified as a job.

If you have a so-called “normal” job like working in an office or waiting on tables at your local restaurant, then most of the time you have incentives and bonus schemes in place to encourage you to perform at your maximum. Why should affiliate marketing be any different?

This is something I think I have personally done for years but something I don’t think many other people do or have done.

Every time I promote or run a campaign for someone else, I ask them for a bonus when I hit a specific target.

As silly as it may sound now, this has been one of the single most valuable motivators for me when it comes to creating and scaling campaigns. If I have a target to hit and I know I’m going to receive something for hitting that target, I naturally push and work harder towards it.

You’d probably be amazed to know that one in two will turn around and offer you something awesome! Now some of you reading this may prefer to ask them for a cash bonus, but I personally ask them for something I really want and would buy for myself if I didn’t earn it with them. This is because cash is ultimately the best incentive, but we can always make more money, and I’m being paid for the promotion either way. Gifts and gadgets seem to add that little extra spark to the cause and make me want to work harder to reach the targets quicker.

I could list 10’s and 100’s of gifts and vouchers I’ve won as a result of the above, but here’s a few I’ve previously earned myself:

All of the above have been sent to me over the past two years, as a result of me setting targets and achieving them with some awesome partners and people I work alongside.

Want to know the best part?

This blog post was NOT designed to show off or to state what I’ve got. It is more to encourage everyone reading it to leverage their position. There’s always another network, always another offer to promote or software to work with. The key takeaway here is to simply pluck up the courage and ask. Leverage your position as someone who can make someone else money, and if they value that, they will say yes to the two above and form a long-lasting relationship, and both of you can make a lot of money together.

Don’t settle for less. Go and get it!