Hurry Up and Fail, Then You Can Succeed! 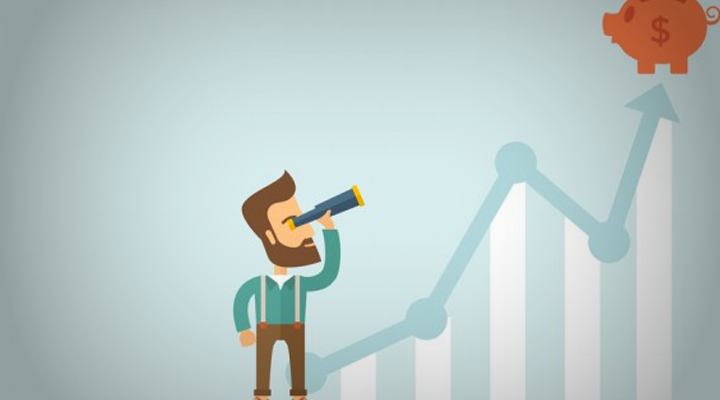 Every single week, I get people messaging me on my blog or forums with the same old problems and questions. 9 times out of 10, the question has something to do with “getting started” or “where do I begin”.

Due to a combination of lack of direction, lack of money, and sometimes an abundance of misguided information, people seem to have a barrier in front of them that prevents them from actually taking action and getting started online.

The trouble is until you actually get over the barrier and just start something – and I mean literally anything – you will never be closer to achieving your goals, whatever they may be.

I recently wrote a blog post entitled 5 Business Lessons I WISH I knew when Starting! However, the real irony and truth is, if I hadn’t just dived in headfirst, I wouldn’t be where I am today nor would I have learned any lessons, at all!

What I’m trying to say is absolutely any person, entrepreneur, marketer, or blogger you admire would have been in your shoes at some point in their life with a lack of direction, lack of money, and an abundance of misguided information. The only thing that sets them apart from you is failure and getting started.

“Success is stumbling from failure to failure with no loss of enthusiasm.”

Winston Churchill was right. You need to fail in order to be successful.

The quickest way you can be successful is by starting to take action today and moving from failure to failure until something sticks.

Take me for example, everyone sees that in 2016 I have a few companies, make a nice amount of money, and am creating my success, but did you know I’ve been creating websites and forums since 2004?

Did you know I’ve probably spent in excess of $50,000 on a chef’s wage before I made one single penny in profit online, while working between shifts in the kitchen? I’ve lost friends due to not socializing and girlfriends due to caring more about my work, and I had over 20 failed attempts at creating profitable websites online. No one even knew I existed until I launched CPAFix.com in 2011, but I’ve been failing and learning for years!

If you read my about page, you can read about how I had to pitch my very first website idea to my Dad and Grandad in order to raise the funds for the vBulletin license and domain. They invested £140 in my website for a 40% equity return.

Let’s take a look at some of my “failures”:

Year: 2007
Website: WhoYouReppin
About: My very first forum, designed to bring all other rap and hip hop forums together in one place to rap battle each other on a middle ground.
Money Spent: £500+
Profit: £0

Year: 2009
Website: ManlyStuff.com
About: My third forum, which I still own today. A forum for men to discuss everything manly like babes, sports, and more. I plan to relaunch it this year.
Money Spent: £2000+
Profit: £0

Year: 2010
Website: Sexveys
About: To my knowledge, the first ever content-locked adult tube site. I would lock adult videos with surveys or sex/surveys – get it?
Money Spent: £2000+
Profit: £0

Year: 2011
Website: NetworkRoundUp
About: The very first affiliate portal that gave networks the ability to log in and blog their news and updates, while also featuring offer lists and full network bios.
Money Spent: £3000+
Profit: £0

Year: 2011
Website: CPALeadScripts
About: A CPALead aggregator that pulled all the latest available scripts and also referred affiliates to CPAFix and CPALead under my cookie.
Money Spent: £350+
Profit: £0

Year: 2011
Website: FaceOfMillions
About: A social experiment, trying to get one million people to share their face on the portal. Each person would add their face to a piece of history.
Money Spent: £2500+
Profit: £0

Year: 2011
Website: RateGirlz
About: A very simple website whereby users would seemingly go from girl to girl rating them and commenting on their pictures.
Money Spent: £500+
Profit: £0

Year: 2013
Website: Tummy Reducing Exercises
About: This site was a WordPress blog with lots of content and articles about how to lose weight and recede the size of your tummy.
Money Spent: £300+
Profit: £0

Year: 2013
Website: Airline.com
About: We created a travel and flights forum which was going to be the biggest travel forum online until my partnership went bad and I pulled out.
Money Spent: £6000+
Profit: £0

Above is just a mere snapshot of the websites, money, and ventures I’ve “failed” on over the past years, but it’s also the sole reason I’m in the position I am today.

I look at every single failure as a lesson learned and another stepping stone in the right direction.

The way I see it is some people pay £60,000 a year to go to university and learn how to do something; however, by far, the best way on earth to learn is to just get started and fail. I know it may sound daunting, but it’s so true.

I bet if you asked anyone you know who’s somewhat successful to actually tell you what it took them to get to where they are now, it would be a similar if not bigger story than mine. It’s the same when you’re buying traffic online. At first you WILL lose money, but you need to lose money in order to gain the data (knowledge) to make money.

If you’re still sat on the fence after reading this post and still have no idea what to do or how to get started, then I’d suggest looking at a 9-5. If this post has inspired you to get going, pick anything – literally anything. You have no idea where it may lead you.