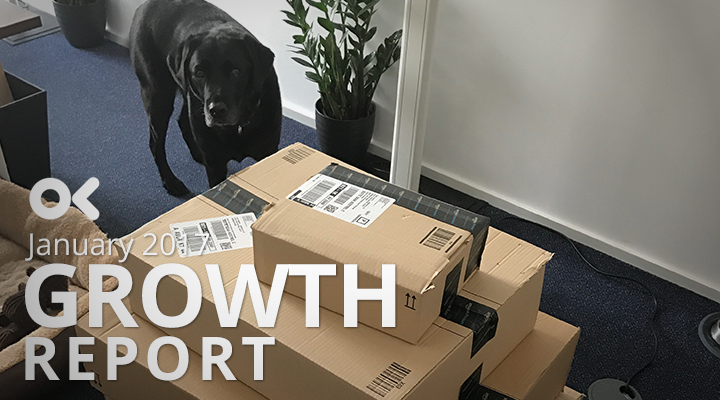 This is my nineteenth growth report on OliverKenyon.com. I use these reports to share my progress updates from both a business and a personal point of view. You can view my previous reports here.

What I Have Done in January

So, as you may have gathered from my lack of activity on my blog (sorry about that), January was incredibly busy for me.

Not only was it busy for me on a personal and business level, but it was also busy as I had a lot of tough decisions to make.

I’ll touch on these decisions shortly in the important announcements section and throughout my report, but January being the start of the year, my team and I spent a lot of time developing our 2017 plan.

We sat down and highlighted our key focuses for 2017. We mapped everything out into Q1, Q2, Q3 and Q4 in the hope that we’d be even more on point and productive this year moving forward.

I was also extremely busy working alongside my good friend William Souza, preparing for our affkit product launch.

We will reveal all in February’s report when we have the full data back from affkit.

Another awesome thing I did in January was to sign my first not one, not two, but three consultancy contracts. I’m still overwhelmed that a few years back I was a full-time chef, but now I’m consulting for some of the biggest marketing companies in performance marketing…….

The first announcement should really be about my website/blog as you’re currently on it reading this report.

As of February 2017, I will be shifting my focus from written posts to video! 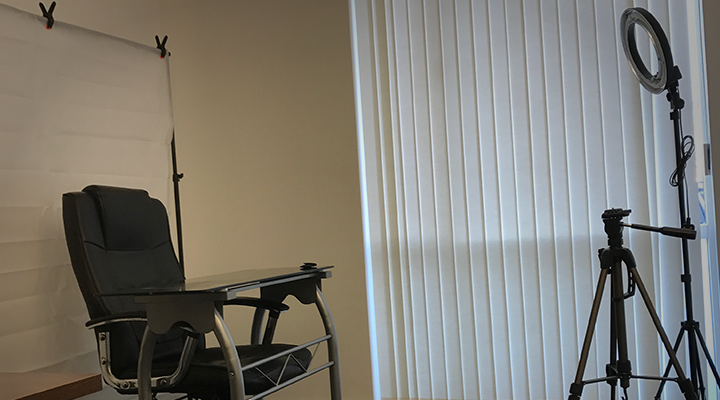 I will go into more details below, but I really don’t have spare time to write out long blog posts anymore and I want to focus more on effective marketing as I continue to build myself as a KPI(key person of influence). I personally believe that the future is 100% video and that traditional blogs will become aged and non-existent soon.

I’m by no means the first person to say this. In fact, I’m probably a little late on the bandwagon, but yes, it’s all video from here on out!

Okay, so I have another apology!

In last month’s report, I promised you that we’d be revealing the anticipated announcement of “Project P”. Well, I didn’t mean to but I lied and I’m sorry about that!

However, I can categorically tell you that this coming Tuesday/Wednesday, we will be announcing “Project P” to the world on my Facebook page here.

As I’ve mentioned above, the team spent some time in January working out what was and what wasn’t important to us for 2017 and beyond. We’ve now got clear goals and deliverables in place and are already well underway with them.

We’ve still got some very big decisions to make and February could be a defining month for affilinc. Watch this space!

So January was mostly spent gearing up for our launch on February the 2nd.

My team and William’s team spent the entire month getting everything in place as far as sales pages, content, product checks, integrations and support.

We originally integrated affkit with Chargebee; however, when we teamed up with William, we agreed to reintegrate it with JVZoo as to attract the bigger affiliates on board.

I really enjoyed the buildup to affkit as I love networking and speaking with people. A large majority of my time was spent recruiting new affiliates or ensuring the ones that had committed had all they needed for the launch.

It’s been amazing to work with William and his team and they’re incredibly skilled and knowledgeable when it comes to product launches.

I’ll reveal the results of the launch in next month’s report!

Ummmmm, I think half the internet’s New Year’s resolution was to become affiliates this year as we’ve seen another HUGE traffic surge!

In fact, January was our busiest month……EVER!

I’m amazed at how much this community is growing and at such a fast rate, but it’s all testament to our incredible team of moderators and forum manager T J. I’m very proud of building the most active and successful affiliate community online.

Speaking of successful, we’ve also seen an influx of “Success Stories” on the forums.

If you don’t know, success stories are stories shared by our community when they deemed to have done something “Successful”. It doesn’t matter how big or small, it could be that they’ve earned their first dollar online, OR they’ve purchased their dream Lamborghini like my friend Rohail did.

If you need some inspiration, check out our success forum now.

We were also lucky enough to be invited to co-host a large affiliate marketing event in London this October, and although I can’t reveal full details this month, we’re in the final stages of tying up the agreements.

As I mentioned above, Tuesday/Wednesday we will be 100% announcing “Project P”, and if you haven’t clocked on already, it has an awful lot to do with our journey at Landing Page Guys and my business partner Andy.

Make sure you befriend me on Facebook as not to miss out.

On the LPG side of things, it seems Q1 has woken up all the advertisers out there as we’ve seen a record number of leads in the past few weeks.

Closing leads is another thing, but again it’s something I really like to do so I’m hoping for a busy month coming up.

Okay, let’s start with the negative news; I only managed one post all month:

As you can read above, this was clearly due to my commitments to other projects and not having the time set aside to sit down for hours and write content.

This is what has ultimately led to my decision of going VIDEO!

Andy and I have kicked about the idea for ages as we’ve been experimenting on our Instagram and Snapchat channels. However, we’re now very serious about this direction, so serious that when Andy was away last month I spent over $1500 turning a corner of our office into a studio! 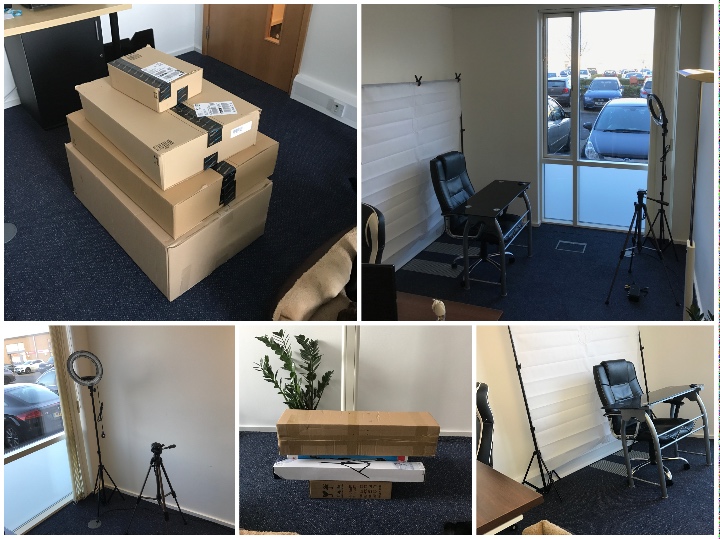 Not only that, but as part of our new direction, I’ll be giving my blog a makeover. A fresh angle and new design with lots of new features.

We’ll be introducing a private group for my followers, and we will be making the blog much more professional and susceptible to video.

I’m almost ready to hand the brief over to our design team, and I have been busy getting new concepts for design, photo’s shot, and inspiration from key people of influence.

Let me know what you think of the photo shoot: 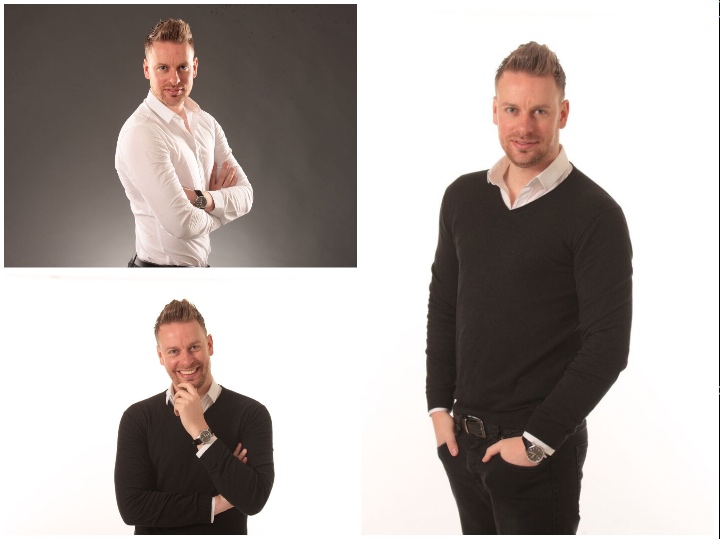 So, to summarise, hopefully by April:

Alongside my business planning for 2017, I finally sat down and booked in as many meetings as I could with financial specialists and friends who have personal investments.

Last year, I sat on my money but this year a big focus will be placing my savings in the right investments and letting my money grow for me instead of it just sitting in the bank.

I want to use February as the month to get all my financial proceedings in place as I’ve neglected that side of things in favour of business for too long.

I have BIG news that made me one VERY happy man in January.

One, my best friend and business partner had his first child!

Andy and his wife gave birth to Teddy Haskins and he’s incredible.

I can’t wait to watch him grow up and be his Uncle Oli. 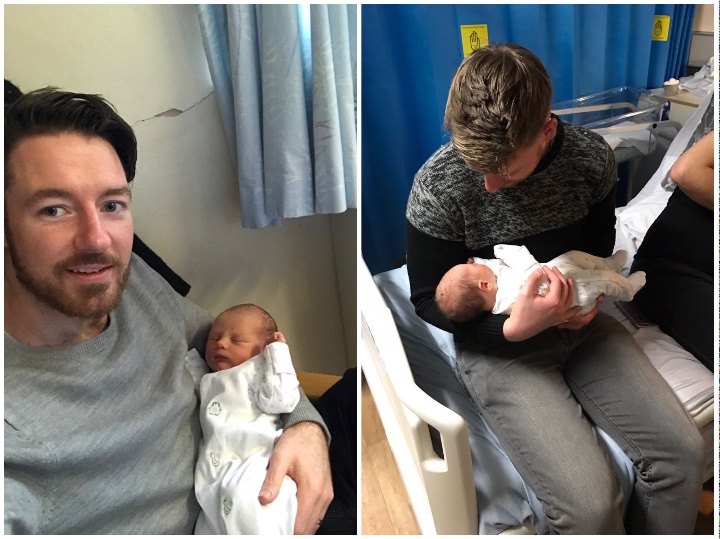 Two, my other best friend got engaged and asked me to be his best man!

Nick, my oldest friend, proposed to his girlfriend and has asked me to be his best man.

Again, I’m so happy for him and CANNOT wait to be his best man.

The rest of the month was spent catching up with various friends and also featured another trip to Anfield; however, the least we say about Liverpool right now the better.

Maybe I’ll just show some pictures of me before the game because I wasn’t this happy after it! 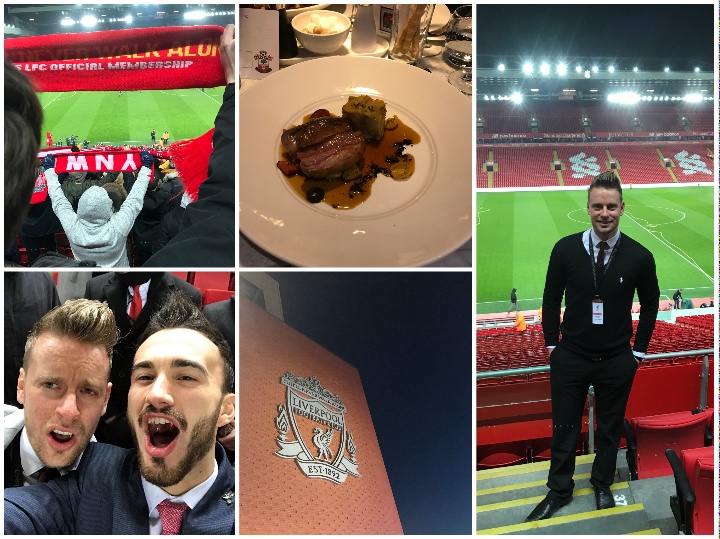 So, I won’t be blogging this month either as it will be spent getting everything ready for the big change as of April the 1st (fingers crossed).

Get ready for more frequent content via video, more access to me and my businesses, and a private group that will help all of my readers.